Welcome back to our Weekly Digest. Read on for the latest updates and some ideas to help us all move forward.

The government has announced deals to buy two investigational COVID-19 antiviral drugs ahead of an uncertain winter as cases increase.

Although the oral antivirals are yet to be approved by the medicine’s regulator, the government has secured 480,000 courses of Merck’s molnupiravir and 250,000 courses of Pfizer’s PF-07321332/ritonavir. The pills are expected to be given to those most at risk from the coronavirus to help reduce the severity of symptoms and ease pressure on the NHS over winter.

Retailers warned of pre-Christmas price hikes after they reported the smallest year-on-year decline in the average selling price of goods in their stores since before the pandemic started.

The British Retail Consortium trade body said shop prices increased 0.4% on the month in October and were 0.4% lower than a year before. The price hikes were led by increased costs for food, which was 0.5% higher than the same period last year.

Vulnerable renters that are struggling due to the impact of the COVID-19 pandemic will benefit from a £65 million support package intended for low income households announced by the Department for Levelling Up, Housing and Communities.

The funding will be given to councils in England and is aimed at preventing homelessness and supporting families get back on their feet. This comes on top of the £500 million Household Support Fund announced in September.

UK petrol prices have hit their highest levels on record on Tuesday, after oil prices reached a three-year high. These hikes put more pressure on households and businesses facing rising cost of living.

Global oil supply remains tight, just as demand is increasing in the US and other parts of the world. Economies are using more energy again as they jerk back to life following the demand slump at the height of the pandemic.

Workers leaving the furlough scheme and unemployed individuals over 50 years old will be supported back into work as part of more than £500m expansion of the government’s Plan for Jobs. People earning the lowest wages will also benefit and existing schemes targeting young people will be extended into next year as part of the new package.

Starting in April 2022, the Government is enhancing its programme of support for workers on Universal Credit.

A £20 million SME Brexit Support Fund has been announced to help businesses adjust to new customs, rules of origin, and VAT rules when trading with the EU.

Traders will be able to apply for a grant of up to £2,000 to pay for practical support for importing and exporting. This fund will help businesses prepare for the implementation of import controls that will take effect from April and July.

More details can be found here.

More information can be found here.

Contact us if you have any questions or want to discuss the next steps for your business. 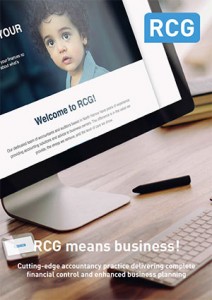 Want to grow your business? Our Free Resources will Help